We are all oil children 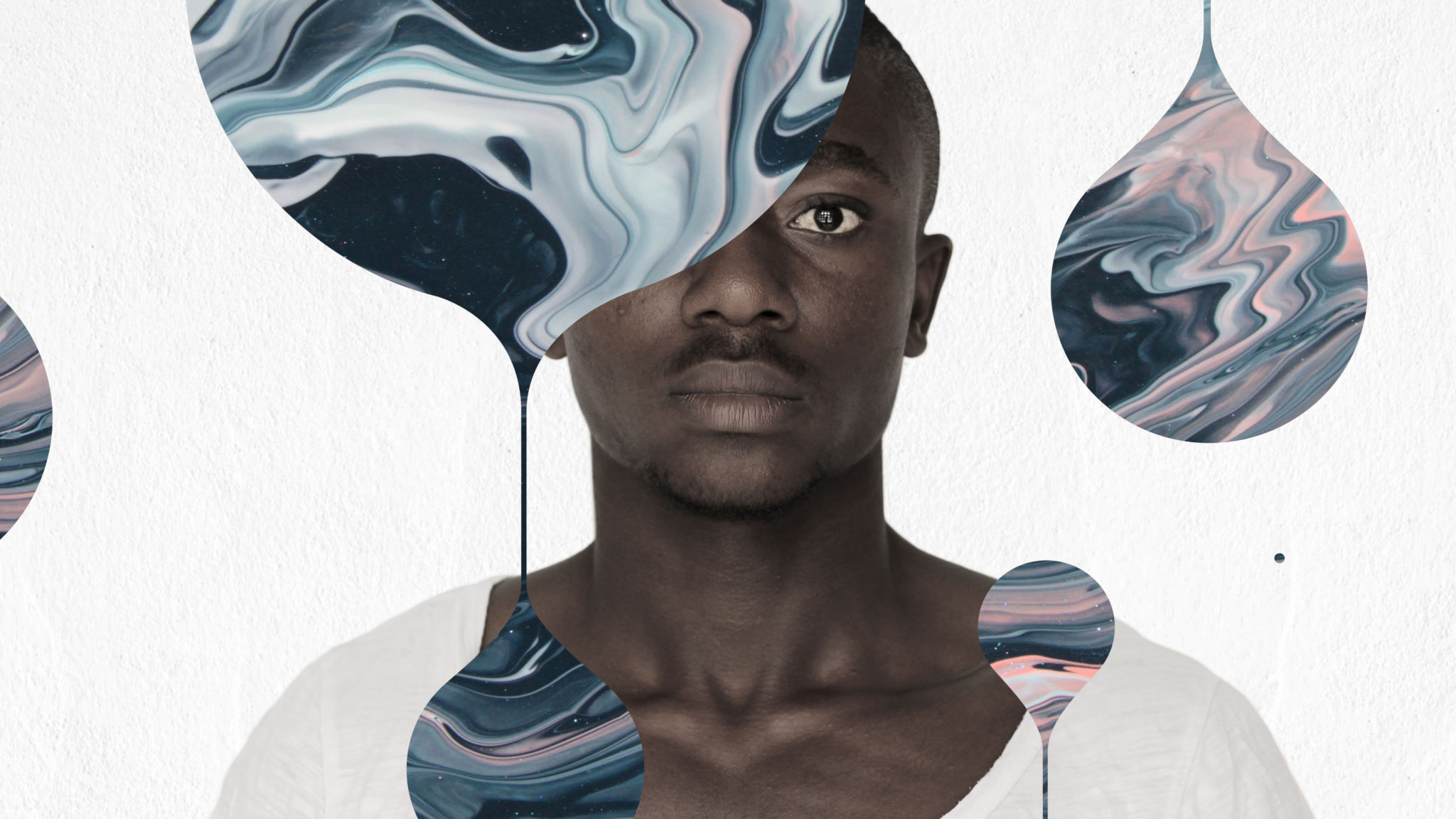 Operasjon Dagsverk (Operation Day’s Work) is Norway’s largest solidarity campaign organized by, with, and for young people. After the success of our 2016 campaign together, we joined forces again to create a strong communication concept and visual identity for their 2017 campaign: helping the Nigerian youth escape the cycle of poverty and disaster caused by the exploitation of oil.

The aim of the campaign was to educate young people in Norway about the exploitation of oil in Nigeria that has devastated the environment, economy and health of communities, and raise money to end the cycle of poverty trapping its young people. Together with Operasjon Dagsverk’s national committee, we co-created a communication concept with a single, direct and powerful message, tied together with a strong visual metaphor. From there we developed a simple but unique visual identity to engage young people across a range of touchpoints, from online to on the street.

The campaign brings the two, seemingly very different groups together with its message: “Vi er alle oljebarn” (We are all oil children). By simultaneously highlighting the similarities shared and differences faced by these young people, the campaign educates, engages and unites – simply and powerfully. As a visual element, the oil serves as a striking visual metaphor for this message. At once beautiful and disturbing, it represents their one starting point, and two very different destinies. 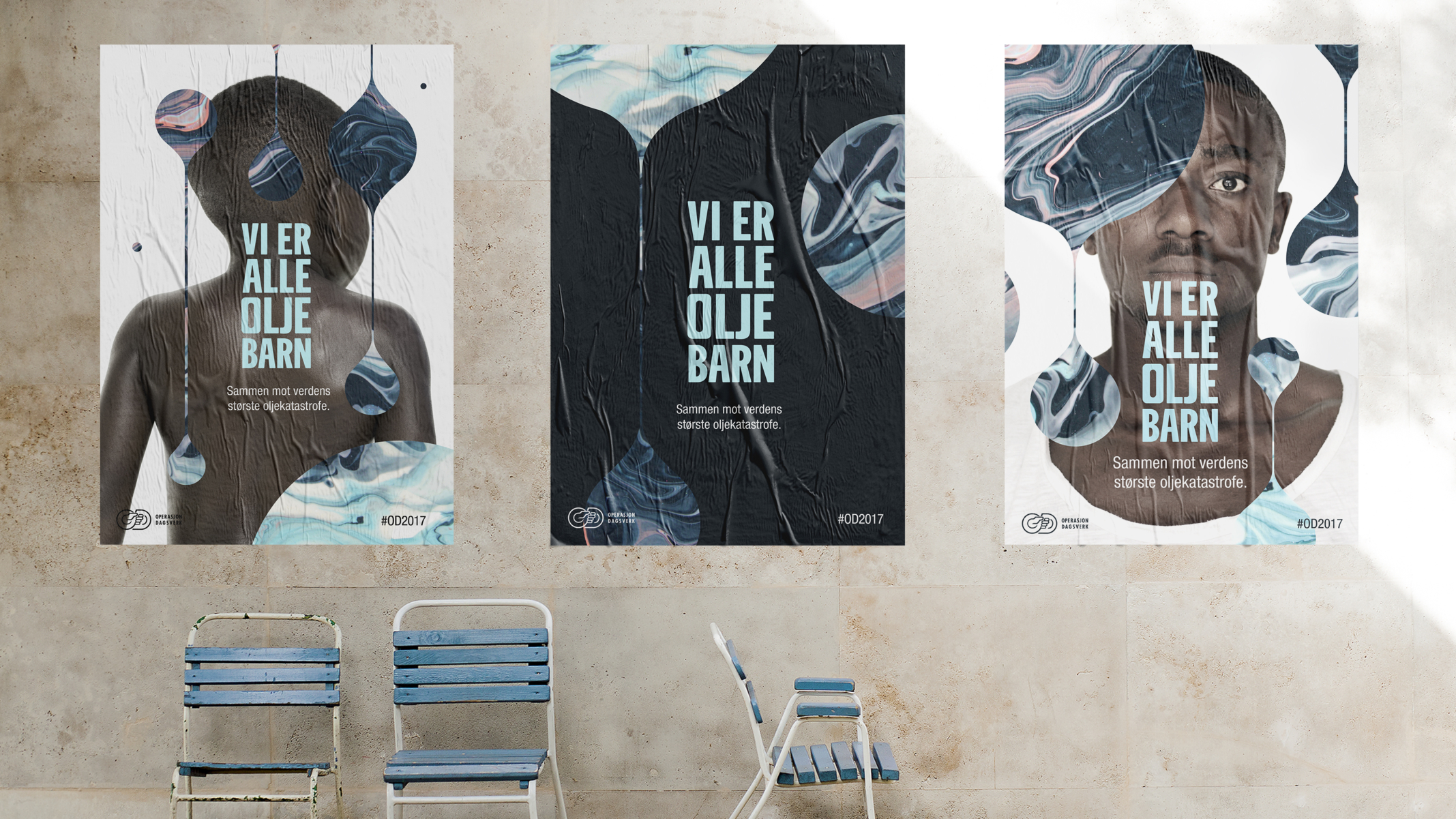 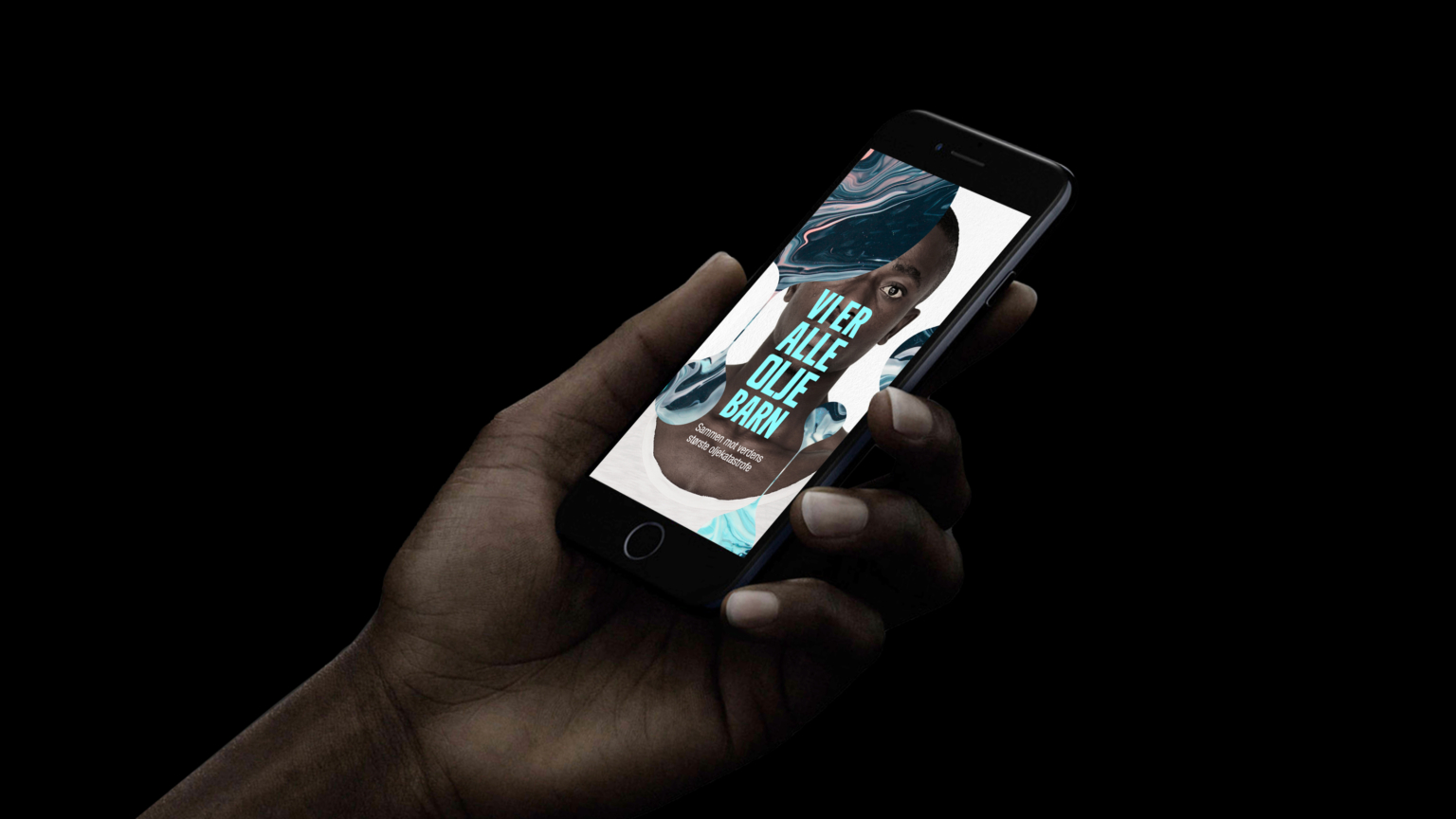 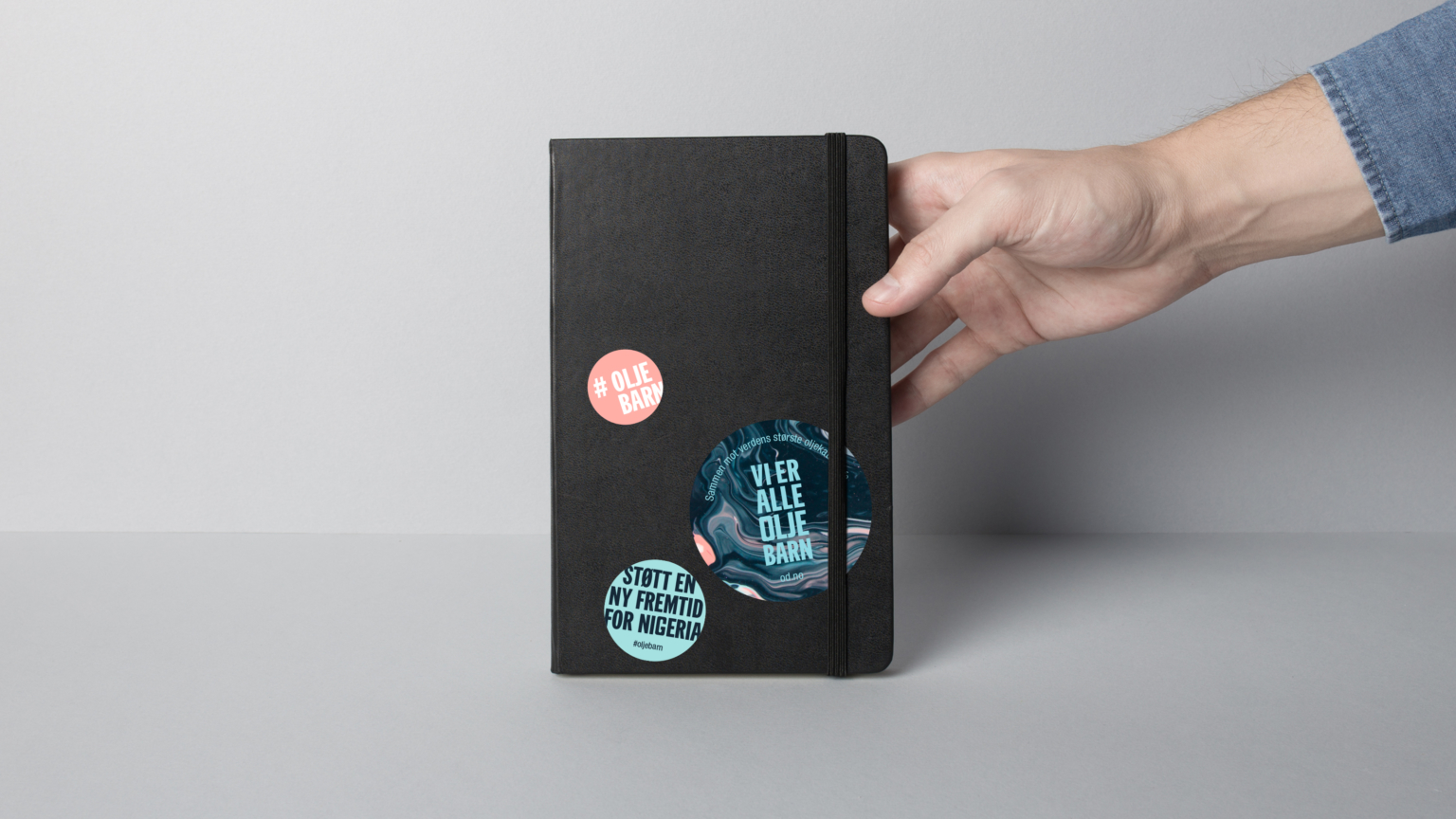 We are so proud and engaged with the campaign you guys designed. It’s the best we’ve ever seen in many, many years. Great work! Sandra Skiaker, leader of Operasjon Dagsverk 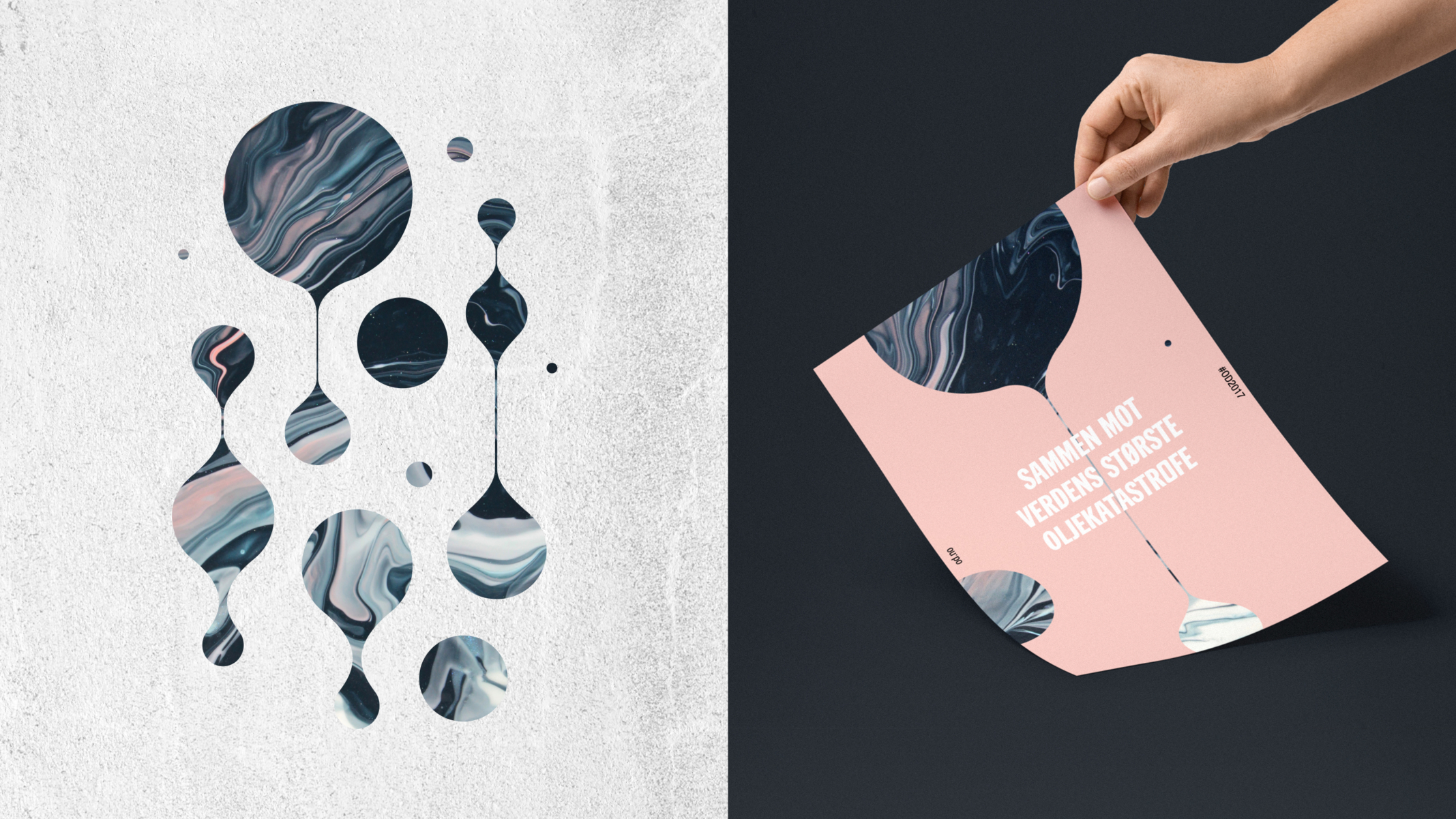 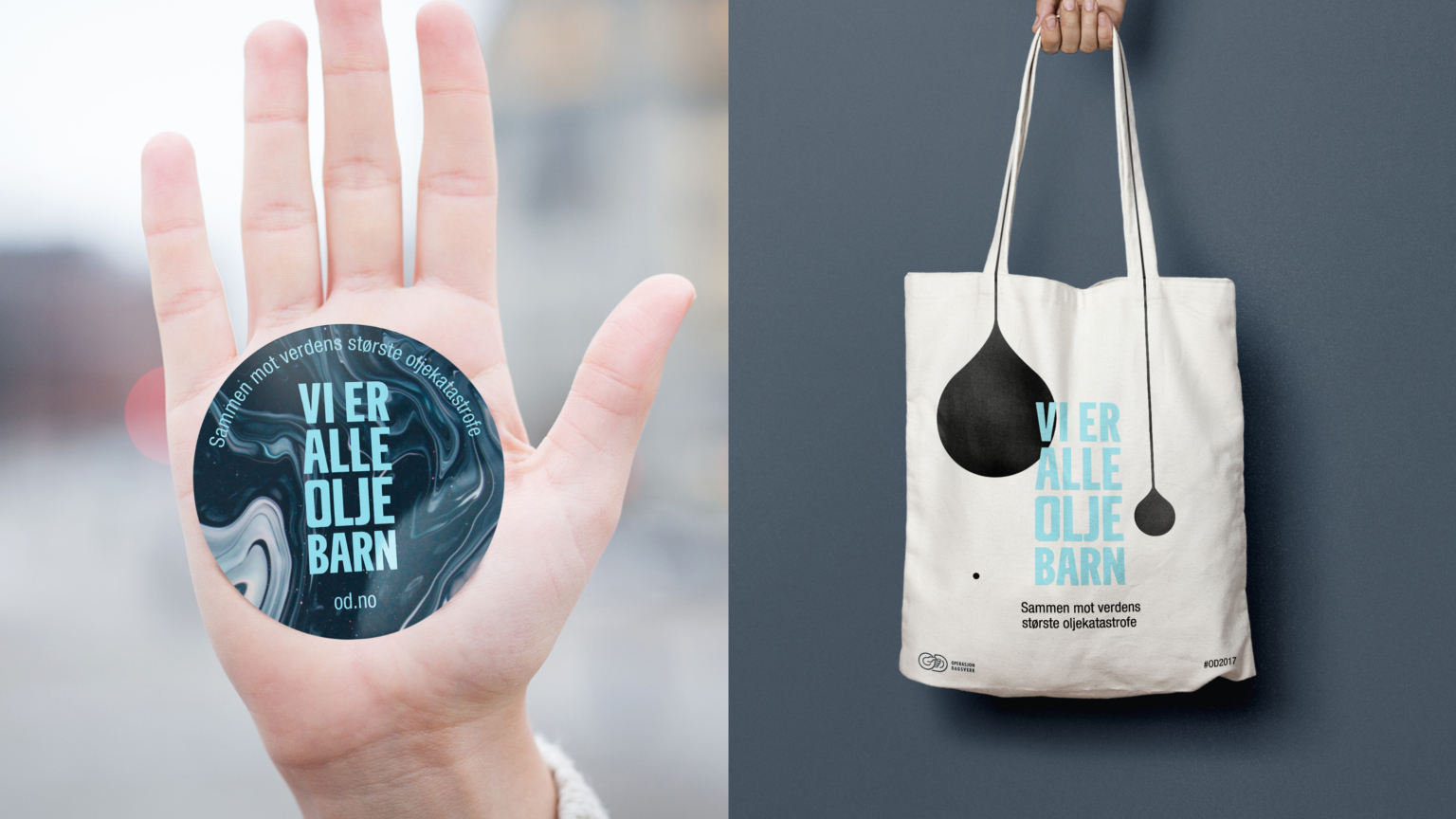 The campaign engaged 117,129 students, across 484 schools all over Norway, and raised $2.9 million towards young people’s education, to end the cycle of poverty in Nigeria.